My first mission upon landing in Johannesburg was to find a perch from which to soak in a South African sunrise.  Equally warm greetings showed up all along my itinerary which was packed with mild adventures of dining on stewed ostrich, trailing springbok in the wild, and visiting historical sites.  There is a glow around Jo’burg, as it’s fondly called.  The city feels like a phoenix rising from an ominous spell.  Dozens of cranes are weaving towers into the skyline, an underground subway is on a fast track to realization, and the country’s GDP growth rate hit 4.7% in the third-quarter of 2006.  Confidence is strong and infectious. 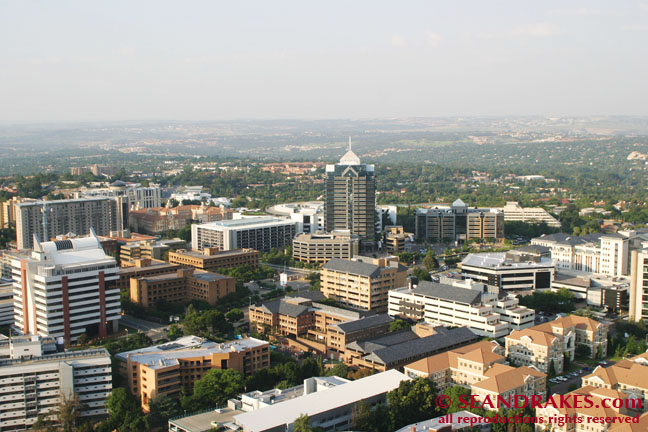 South Africa’s profile as a destination for meetings, conventions and incentive travel is poised to soar.  “The reasons for optimism,” offers Cameron Brandt, International Markets Editor for Emerging Portfolio Fund Research, “include the government’s conservative and 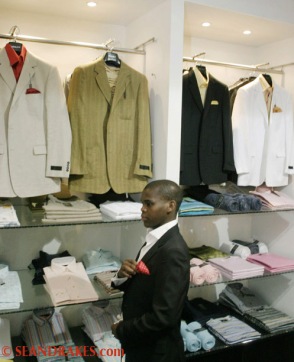 consistent economic policy, the rapid expansion of the Black middle-class, forecasts for 10% GDP growth in China [which has] positive implications for commodity demand, and planned public infrastructure spending tied to the [2010 FIFA] World Cup.”  On the flip side, caution is encouraged because of “the expansion of household debt and lack of experience many of the new middle-class have when dealing with credit, still very high levels of unemployment, and the country’s large current account deficit.”  Visit www.southafrica.info for more insight on doing business in South Africa. Travel is about the journey not just the destination.  On our 15-hour intercontinental flight from Atlanta in Delta’s BusinessElite Class ($6,600-$7,900) the pampering began at the gate with VIP compliments in Delta’s Crown Room Club. 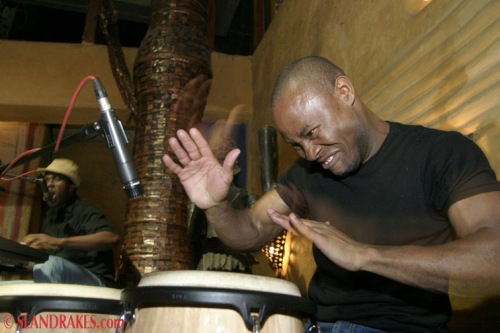 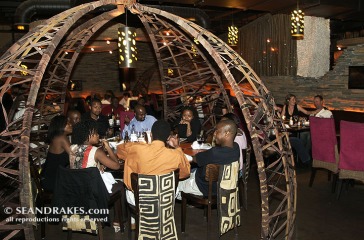 ambiance, and a massive mall with designer boutiques like Shakur Olla and Sun Goddess, all set near our hotel, the Michelangelo Towers.  Italian heels and Swiss timepieces adorn guests who zip from tables at the lobby restaurant “8” to suites like my tech-savvy duplex ($715 per night).  The ultra-swank Cupola suite has a 360-degree view of Jo’burg, private rooftop pool, butler and security staff and commands $5,700 per night for unrivalled luxury. Considered the ‘urban heart’ of South Africa, Johannesburg is set like an axle in the center of eight provinces:  Cape Town, on the picturesque southwest coast, is famed for its lush winelands and whale watching, Cape Point, where the Indian and Atlantic oceans lock arms, and the historical site Robben Island.  The North West province is home to the

super-sized extravagance of Sun City which contains four hotels, that offer family attractions, casino gaming, two 18-hole par 72 golf courses and conference facilities.  The ultimate safari adventure is in Mpumalanga in the northwest, where 10,000 elephants and prides of lions roam Kruger National Park.  My guide, Joe Motsogi, owner of JMT Tours, charted a fulfilling excursion that included shopping at Chameleon Village and an exhilarating sunset safari drive. Seasons in South Africa are distinguished by precipitation rather than severe temperature changes.  Rain or shine there are eventful attractions year-round: Durban July is an illustrious horse racing event steeped in aristocratic tradition; young and celebrated musicians rule the spotlight at the Standard Bank Joy of Jazz Festival; golf enthusiasts flock to majestic greens for the Million Dollar Golf Challenge and the Nelson Mandela Invitational Golf Challenge; and wine connoisseurs attend Winex to sample and shop for vintages from over 200 South African wineries. 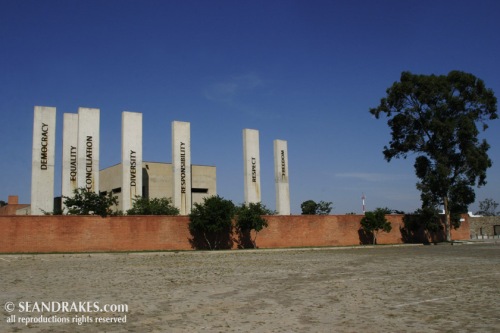 Near downtown Johannesburg is the Apartheid Museum, a sleek, modern structure that houses a comprehensive and riveting chronicle of South Africa’s journey to democracy.  It also invokes optimism for South Africa, a country as a democracy that is only 13-years-old.  It’s a new day.  Contact South Africa Tourism to facilitate your convention, vacation and incentive travel needs. 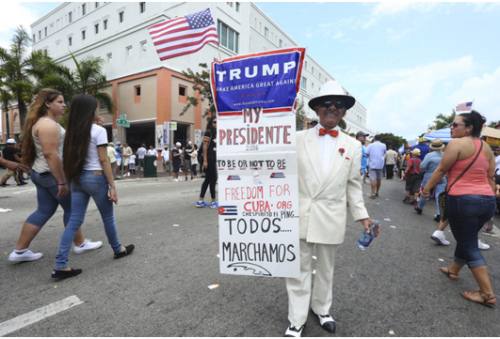